Preventing Cucumber Death and other tips

Cucumbers are in the family of cucurbits, which also includes squash, pumpkins, & melons. They have similar cultural requirements and pests. Cucurbits do not do well in soil temperatures below 55F.

In some seasons, and with early plantings, a spell of four to five days of rainy or cloudy weather can cause losses. Without sunshine, the soil temperature drops below 55F, so that the transplant’s roots can no longer absorb water from the soil. When the sun reappears, the leaves transpire (release water vapor) releasing moisture much more rapidly than the roots can absorb water. The baby cucurbit suddenly wilts and dies.

There is no cure, but here are some management tips to try to prevent this problem.

Other advice: seal a floating row cover over your young cucurbits, which not only increases the temperature a couple of degrees, it excludes insects such as flea beetles and cucumber beetles.

When you notice flowers on your cucurbits, you must remove the row cover to allow insect pollination, unless you plant parthenocarpic varieties.

Cucumbers that do not require pollination to produce fruit are called parthenocarpic. Some newer cucumber varieties are gynoecious, meaning they have only female flowers (the ones that make the fruit.) Gynoecious plants have earlier and higher yields.***

In a regular cucumber plant, such as Marketmore (which is open-pollinated, meaning you can save the seed and it will come true), the first 10-20 flowers are male, and for every female flower, 10-20 male flowers are produced.

Two of the varieties we grow, Diva and Cucino, are both gynoecious and parthenocarpic, meaning they have only female (fruit-creating) flowers which do not require pollination. Tasty Jade and Little Leaf Pickling are parthenocarpic, meaning you can exclude the pollinators (or even grow them indoors if you have a sunny enough room or use fluorescent lights) and you will still get cucumbers.

Our cucurbits are all started in peat pots, which practically eliminates transplant shock. Plant them deep, leaving the first set of leaves (the cotyledon or baby seedling leaves) about ½ to 1” above the soil surface. Do not remove the peat pot. The roots will grow right through the pot, and additional roots will also form on the stem below the cotyledon leaves where you have buried it in the soil. Fill the soil in around the plant gently, rather than pressing hard—most plants grow better when the soil is not compacted. 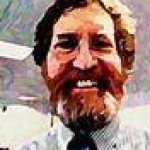 Many of our customers say wonderful things about us.  We think it’s about time we started sharing those comments with everyone.

Here’s a recent one from customer Mike McKenna:

“Can’t say enough good things about this business. We probably would visit about 5 to 6 nurseries each season to pickup all our summer plantings both annuals and the occasional perennial. My wife and I have decided that starting this season it will be one stop shopping. We requested last season that they carry Honeybells this year. Guess what, they actually listen! We were so happy to see them, bought a bunch as they are truly hummingbird magnets, honest. Great place, great people.”

If you wish us to don a mask, we will, simply ask.